If Sarah Smith had a tattoo it would be of a mama bear. Her second child, Hannah, started college this fall.

When Sarah’s oldest child went away for school, she worked with a lawyer to get a young adult Power of Attorney form in place.

This time around, she used Mama Bear. She says the difference was night and day.

“Working with a lawyer was a lot more cumbersome, and there was more to it than it needed to be. It was much more difficult and expensive.”

Understanding the importance of having a POA for her college student, Sarah knew she needed one.

“It was fast. It was easy. It could not have been simpler.”

A member of the Grown and Flown Facebook Group, Sarah had heard of Mama Bear Legal Forms through there and saw how satisfied other moms were with the service and forms themselves.

Satisfied customers are the norm for Mama Bear.

The company averages 4.9 out of 5 stars on Google Reviews and has been ranked by more than 855 customers. Most rate Mama Bear high for responsive customer service and how easy Mama Bear makes it to get all of the important legal documents they need ordered in one place.

For Sarah, the longest part of the process was printing the forms. And that was only because her home printer ran out of ink.

“I filled out the forms on my laptop. When I was done, I downloaded the Mama Bear app,” Sarah says. “I had them notarized at my local bank, scanned them onto my phone using the app, and now we’re good to go.”

Sarah likes knowing that she and her daughter have the POA forms on their phone. They are both just one click away from having the forms pulled up and ready for use.

“So far we haven’t had to use the forms, but I like knowing that I’m always going to have my phone and will have the forms when I need them.”

Another Mom, Debbie, is Thankful for the Free Additional State Forms

Another satisfied customer, Debbie Willis, rated Mama Bear highly for ease of use and for value.

“I love that they offer the additional state since my daughter is going out of state for school,” Debbie says. “It just provides such peace of mind knowing we’re covered in both Michigan, where we live, and Pennsylvania, where our daughter goes to school. God forbid, if something happens, I know that we’re prepared.”

Debbie’s daughter plays hockey and is hoping to suit up for Pitt, where she’s now attending school.

Debbie had read about Mama Bear on the University of Pitt parents’ page. When a friend told her she’d had a positive experience the year before with her daughter, Debbie was sold.

“I’ve already told five of my friends to use Mama Bear for their young adult children. It was just so easy and user-friendly. The product is phenomenal. The price is great and the service is good.”

After completing the forms, Debbie realized she had entered the wrong initials for her daughter’s middle name. She reached out to Mama Bear customer service and was pleased with their response.

“They fixed it immediately and sent the corrected forms to me. It shows they care and is part of why I’ve recommended them to my friends. You get everything fast. If you have any issues, they resolve them right away. To have that peace of mind for the price is just so valuable.

“Especially in comparison to working with a lawyer, Mama Bear’s POA package is really not that expensive. To have that peace of mind for the price is so valuable.”

The Price is Right for Mama Bear POAs

Price is another area where many Mama Bear customers are satisfied, including Sarah Smith. Her husband’s company offers legal services, which they signed up for thinking they would use them for their daughter’s POA forms.

“What we paid to Mama Bear is cheaper than what we’d pay for a year’s worth of legal services through my husband’s employer.”

Sarah says many people might assume they have to go to a lawyer to get important legal documents like POA forms and wills done. But, it’s not, and Mama Bear proves that.

“You think it’s supposed to be difficult and it should be hard, but really, it doesn’t have to be.”

Having heard horror stories from other parents who’ve sent their children off to college without POAs, Sarah knew she wasn’t going to take that chance. And, after hearing how good Mama Bear was from satisfied customers, she realized she didn’t need to use a lawyer.

“I’m very thankful for Mama Bear. My kids have life-threatening food allergies, so it was never a question about whether or not we needed POA forms for them when they went away for college, but to be able to do it this easily and for this little, makes choosing Mama Bear a no-brainer.

Thanks, Sarah. We couldn’t have said it better ourselves.

We’ve written extensively about POA forms on the site. To learn more about why they’re necessary and get all your questions answered, click the links below.

Get started on yours today! 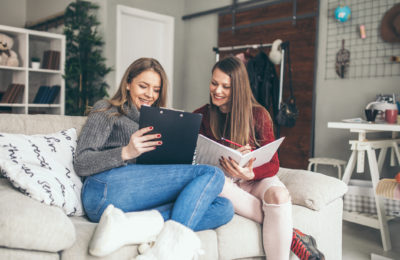 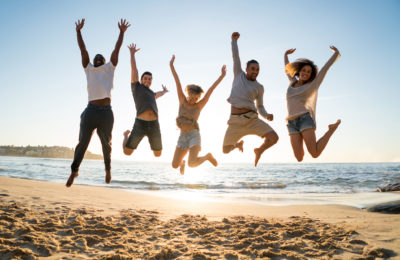